What is the deadline for registration?
There is no deadline. We accept registration on a “first-come-first serve” basis. There is always a limited number of spaces available and as soon as we sell them – the group is completed. To avoid disappointment please register as soon as you decide.
When is the final payment?
Usually it is 60 days before departure, but there are some exceptions for non-standard tours. Your invoice will indicate clearly when your payments are due.
What happens with my deposit when you cancel a group?
In a very unlike situation when we have to cancel a group for reasons out of our control, your deposit is protected and fully refundable. When you cancel on your own please make sure that your non-refundable deposit is protected by your own insurance.
Can I request a specific seat on a flight?
For the group reservations the airlines don't give us an option of selecting specific seats. When your ticket is issued your seat is guaranteed, but usually not printed on the e-ticket. However, you can always check-in online 24 hours before departure and change your seat based on availability.
Tell me which hotels we will be staying?
We always book best, first-class hotels. We frequently check them for best quality. Hotels are confirmed about two months before departure and we will give you all details in the final itinerary
I'm traveling alone & don't have a roommate. What should I do?
Please register ASAP. We will take a note of your request and will try to match you with another passenger willing to share. Other options are single room (with a supplement) or forming a triple room if you know another two people willing to share.
I have several food allergies. Can I request a special menu?
Please let us know about your food restrictions. We will order special meals for your flights, if available. All breakfasts and some dinners at the destinations are buffets, so you can select food by yourself. The restaurants at the destinations will do their best to offer you individual alternate to standard set menus for the group. You will need to communicate your needs through tour leaders.
What is eTA? Does it apply to me?
If you are Canadian or US citizen – no need to worry. It applies to citizens of other countries. They will need an Electronic Travel Authorization (eTA) to fly to or transit through Canada. Be prepared: Apply for an eTA before you book your flight to Canada. Most applicants get approved within minutes. However, some applications can take several days to process so don’t wait until the last minute. Apply and get help at http://www.cic.gc.ca/english/visit/eta-start-int.asp 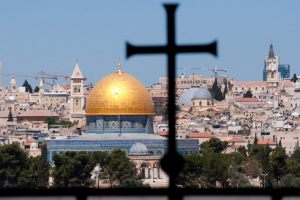